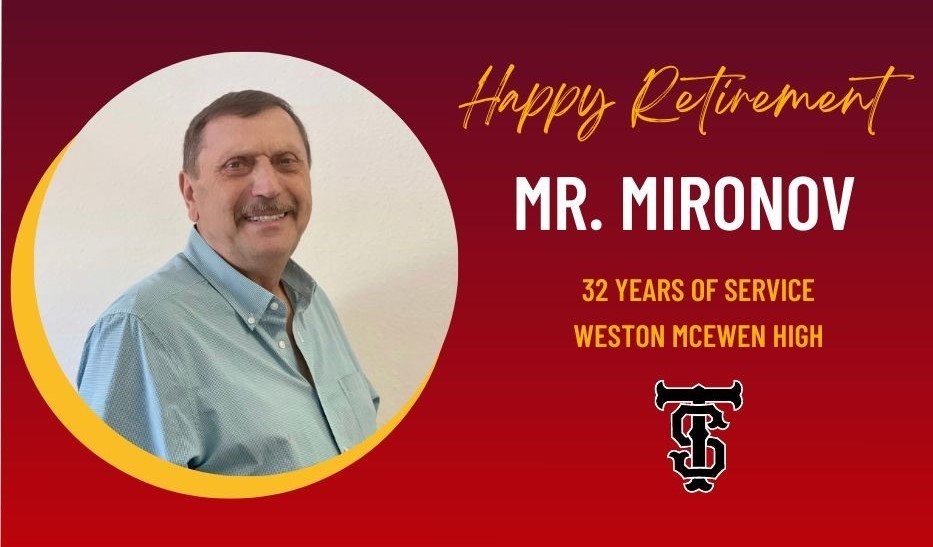 Nikolay Mironov is retiring after 32 years of service to the Athena-Weston School District. He began working for Athena-Weston schools in June of 1990 as a custodian.  He has been assigned to Weston McEwen high school exclusively throughout his career.

In 1989 Nikolay Mironov and his wife Nadia immigrated to the United States from the Soviet Union (then the USSR) because of religious oppression.  The couple has four children, and he takes great pride in what he calls his "international family."  His son Dmitriy was born in Ukraine, Igor was born in the USSR, Stephano in Italy, and his daughter Angelica was born in the United States.  Igor, Stephano, and Angelica all attended Athena-Weston schools.

August 31st was his final day as a full-time employee.  Nikolay has been one of our most valuable employees and his reliability has had no equal.  He will be sorely missed.  Justin Beck will be doing his best to fill Nikolay's shoes at the high school.

Please help us wish Mr. Mironov congratulations on his retirement and thank him for his many years of work for our community!